There are lots of speakers are available now. Choosing the right one for the right type of your requirements is very important.

Homepod And Soundbar are some of the most popular types of speakers. But which one is better? Here is the complete comparison between Homepod VS soundbar for you.

The HomePod is a product of Apple, launched on February 9, 2018.

But the HomePod launched by apple didn’t last for long and many people even call it a ‘big commercial failure.

The reasons being, it didn’t live up to its price, the sound quality was good, but not good because the speaker didn’t even pair with a non-IOS device.

Complaints flowed in by unsatisfied customers who claimed that the Homepod destroyed the wooden furniture it was kept on.

Eventually, the Homepod was out of the market on March 12, 2021, with the launch of its new model, which is the HomePod Mini.

Cheaper, lighter, and better than the original one, the Homepod mini proved to be a better version of the original Homepod.

A Soundbar is a sleek and wide-designed speaker system with a few inbuilt speakers within.

It delivers expanded stereo sound and comes with a built-in amplifier and a subwoofer so that you don’t have to purchase multiple items. A Soundbar works great when placed under or beside the TV.

A Soundbar is especially for people who want to hear greater sounds without going through the hassle of buying multiple speakers.

Unlike TV speakers, Soundbars can create a surround effect that provides you with a cinematic experience right at your home.

As the world is moving across TVs that are thinner and widescreen, the sound quality is often compromised.

That’s when your Soundbar comes in and helps you complete your whole home theater system without needing extra speakers or extra cables running around.

Homepod VS Soundbar: Which Is Better? (Comparison)

Now, coming to the main agenda, which is Homepod vs Soundbar. There are a few differences that you should keep in mind between the two.

Let us talk about all the points in detail.

Let’s start with the most basic difference. The HomePod is cylindrical in build, its round body is covered with a mesh fabric. The top and the bottom of the HomePod are made of plastic.

SoundBars are compact and sleek design making them easy to place beneath the TV.

Unlike the HomePod, Soundbars are light and come in with multiple built-in speaker systems that provide great sound quality. The HomePod however, takes less space than the Soundbar.

One of the most essential features that should be judged is the sound quality or the sound system of both of them.

The sound quality in soundbars is good enough to provide a theater feel in a small room. Soundbars provide good audio directly from the device it is connected to.

Soundbars lack slightly in the bass and pitch area compared to the HomePod.

The HomePod is capable of producing each and every sound clearly with crispness as well which makes it great for the feels that the party music produces.

With Soundbars if you try to listen to high volumes, the audio could get a little scratchy at some points which is not the case with a HomePod.

Overall, in the sound area, Homepod takes a lead as it also produces a better surround sound as compared to the Soundbar.

If sound quality matters a lot to you then check out our versus article on Soundbar VS Home Theatre. Home theatre is best if you want an immersive sound experience.

Another aspect is connectivity. Soundbars can be connected to laptops, TVs, computers,s or any other device.

But this feature lacks in the Homepod. The Homepod has a major drawback where it only connects to devices supported by IOS. Soundbars can be connected to IOS-supported devices too.

The HomePod is definitely more expensive than the Soundbar.

The Soundbar compromises a little bit on the sound feature otherwise it’s a great choice if you are tight on budget and need a quick speaker system for a party or a movie night.

Homepod VS Soundbar: Which One Should I Choose?

There are many reasons a person can choose a Homepod or a Soundbar. It is totally up to your preferences.

You can go for a Homepod if you can spend money and have an apple device to connect the Homepod with.

Many people also prefer a Homepod over the Soundbar because of the sound quality for their home theater sessions. Because it is also a smart speaker, many people have replaced their Soundbars with a Homepod for easiness.

But then again, if cost is the main deciding point, then you won’t be disappointed with a Soundbar sitting under your TV as well.

Can I use Homepod as Soundbar for my TV?

Yes, you can easily replace the Soundbar with a Homepod. But that will only be possible if you have an Apple TV.

If you do have an Apple TV, then you just need two Homepod minis for the connection and the sound to work like magic.

Are Homepod minis as good as a Soundbar?

Yes, Homepod minis are a good option for a Soundbar. It also depends on whether you need it as a surround speaker or not.

However, Homepods do sound pretty decent as well when connected to the TV in place of the Soundbar. 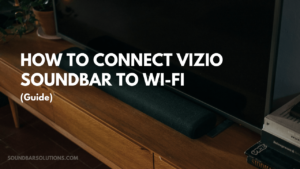 A soundbar is simply a speaker system, that is placed below your TV screen to provide an immersive audio experience…. 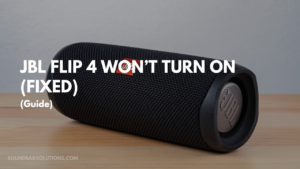 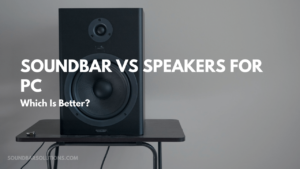 Are you still confused about which one should you choose? Soundbar For PC or Normal Speakers For PC? Well, If… 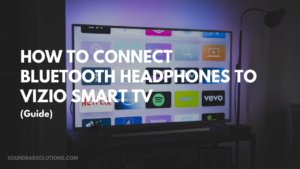 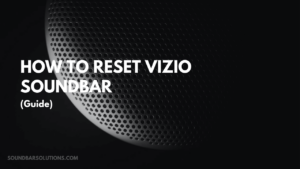 A soundbar is simply designed to enhance the sound quality of your television.  They are rectangular and sleek bars, placed… 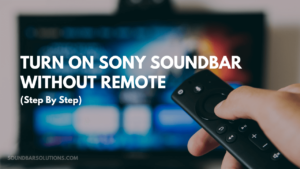 Sound plays a key role when watching TV shows, movies, and music programs. The nuances of the tone of the…