Sound plays a key role when watching TV shows, movies, and music programs. The nuances of the tone of the actors and actresses, the clarity of the audio while listening to music programs and videos, the shriek, the angry voice, and all the other sounds that make the TV programs and movies palpable to you are all the workings of a good audio system.

With modern technology, we get to see an enhancement in the audio quality and sound effects thanks to the introduction of soundbars by electronic companies.

Popular companies like Sony, Yamaha, Samsung, etc. all have their soundbars that can be connected to give you a feeling of listening to the audio coming from all around you.

Turn On Sony Soundbar Without Remote

It is an entirely different experience while watching TV instead of listening to it directly from the TV speakers. Being amid all the sound is way more exciting than getting it from one direction.

Viewers have reached a stage where they do not want to compromise on sound quality while watching television.

Having a soundbar connected to your TV is becoming more and more common and what makes it popular is the easy and simple way of connecting it.

With the soundbars being affordable, it is a good idea to take your television experience to another level by getting your TV connected to soundbars.

At the outset, check on the right side to find the power button of your Sony soundbar. In case you cannot find it, checking your manual might be helpful. If there is no power button, then this is where the remote control comes in handy and helps you deal with the problem.  It is advisable to sync your Sony soundbar with the remote, and it is termed the Bravia sync.

The HDMI options should be enabled first by turning it on in the soundbar settings. Once the soundbar and the remote are paired together it is easy to switch on and switch off the soundbar, increase and decrease its volume, and go through the menu options and the playback options.

Installing the app on your phone is the easiest way you can turn on the soundbar. In case there is no soundbar app, there will be a universal soundbar remote app that will be helpful and performs the same task for you. With this, you can turn on and turn off the soundbar and increase and decrease the volume.

With these two options, you will find it less complicated to turn on your Sony soundbar in case of no remote. If these two do not work for you and you are still finding it difficult, the best way to solve the problem is by getting a new remote.

Compatibility and Syncing the Remote with Your Sony Soundbar

Now that you know how to tackle the situation in case of not having a remote, we shall go to the next step of how to program your remote and make it compatible with your Sony soundbar.

This is a method that will take time and is complicated and that makes the first two options mentioned the easiest way to turn your Sony soundbar in the absence of a remote. Once you can sync your Sony soundbar with the remote, you will need just one remote for the switching on and switching off procedures.

If your remote is giving you problems after syncing and pairing it with your Sony soundbar, it will be best to see if the batteries are working or if they have become weak.

In that case, the batteries of your remote can be replaced so that your remote control will start working properly. Try using it after that and if you are still facing problems, you can contact a Sony dealer who will be able to help you resolve the issue so that you can have a movie house in your home.

By now you will be well-versed in how to deal with the situation of switching on your Sony soundbar in the absence of a remote.

It will be advisable to download the universal remote app since the usage of soundbars has become very common.

TV watching has gone to another level with the introduction of these soundbars by electronic companies and hope this post has guided you properly in resolving your Sony soundbar woes in case there is no remote available to turn it on. 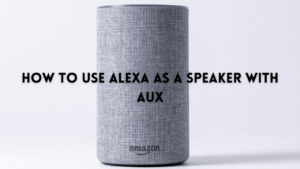 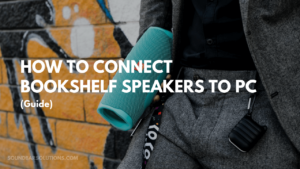 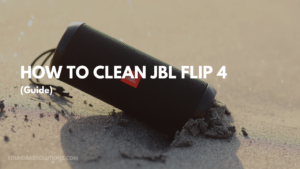 If you own a JBL flip 4 speaker and want to know how to clean it, then you are on… 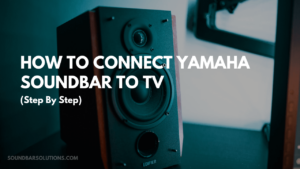 Bored with listening to music and watching TV shows, programs, and movies? Looking for something loud and entertaining when it… 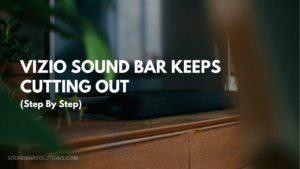 Vizio sound bars are popularly known to turn a simple movie-watching experience at home, into a theater-like experience with its… 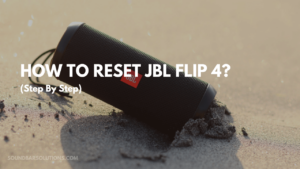 JBL flip 4 is an award-winning Bluetooth speaker that delivers powerful stereo sound.  It is a compact speaker powered by…